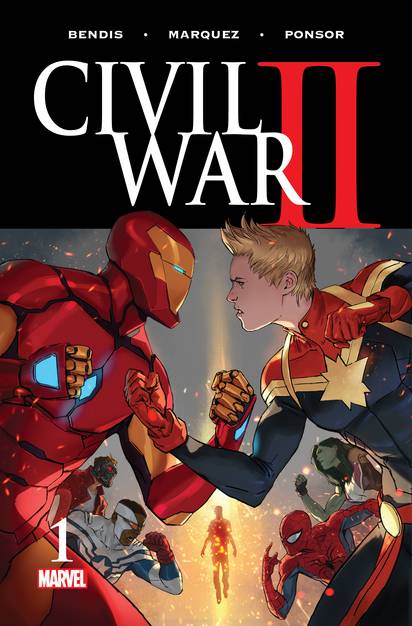 The heroes of the Marvel Universe take sides when they seek to control the precognitive powers of the Inhuman Ulysses in Brian Michael Bendis and David Marquez's Civil War II #1 from Marvel Comics, the best-selling comic book of June 2016.