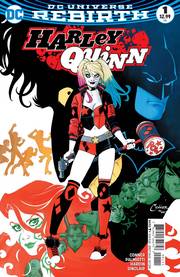 Among the premier publishers, Robert Kirkman and Charlie Adlard's The Walking Dead #157 was Image Comics' best-selling book in July at #13.

IDW Publishing's TMNT Universe #1, a Teenage Mutant Ninja Turtles spin-off, was their top book for the month at #85.

Finally, Brian Wood and Mack Chater's Briggs Land #1, a new series about anti-government extremists in the American west in development as a television series for AMC, was Dark Horse Comics' top book for August at #127.