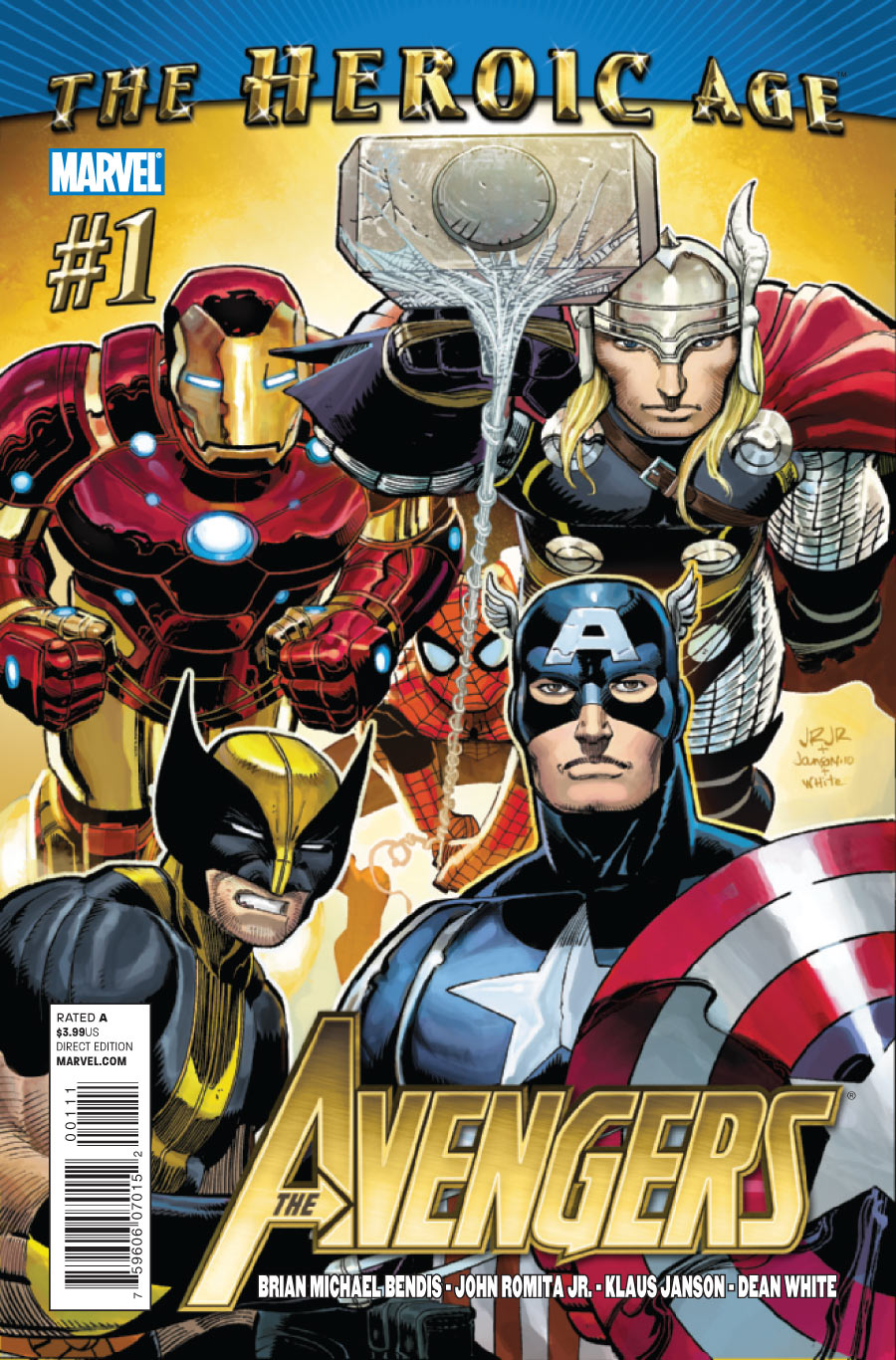 The dawn of the Heroic Age in the Marvel Universe and the reestablishment of one of the classic names in super-heroism in Avengers #1 from Brian Michael Bendis and John Romita, Jr., gave Marvel Comics the top spot on the comics sales chart in May.