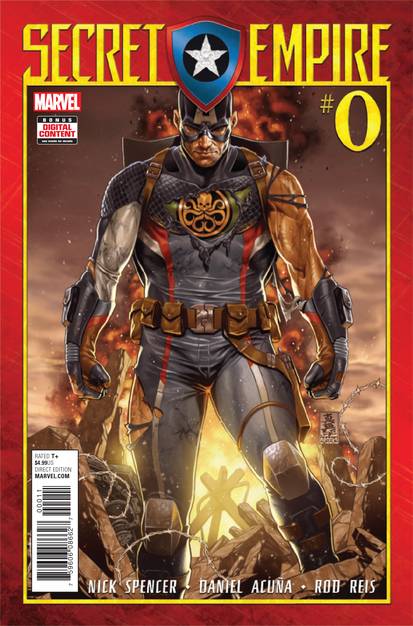 Batman leads a team into Santa Prisca to find Bane in Tom King and Mikel Janin's Batman Volume 2: I Am Suicide from DC Entertainment, the best-selling graphic novel of April. In total, DC Entertainment had six titles in the top ten including Superman Volume 2: Trials of the Super Son at #4, Scott Snyder and John Romita, Jr.'s All-Star Batman Volume 1: My Own Worst Enemy at #5, Batman Volume 10: Epilogue at #7, Justice League Volume 2: Outbreak at #8, and Red Hood and the Outlaws Volume 1: Dark Trinity at #10. Mike Mignola and Gary Gianni's original graphic novel Hellboy: Into the Silent Sea ranked #2 and was one of Dark Horse Comics' two titles among the top ten; also in the top ten from the publisher was Avatar: The Last Airbender Volume 9 at #9. Image Comics rounded out the top ten with two volumes of Brian K. Vaughan and Fiona Staples' Saga: Saga Volume 7 ranked #3 and the Saga Deluxe Edition Volume 2 hardcover ranked #6.