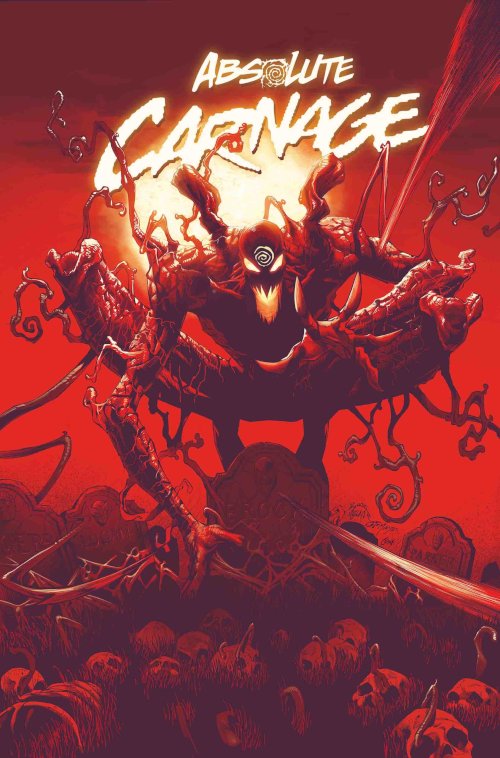 Carnage's hunt for Venom — and all those who have carried a symbiote — threatens chaos in New York City in Donny Cates and Ryan Stegman's Absolute Carnage #1 from Marvel Comics, the best-selling comic book of August.

DC had three titles in the top ten: Joshua Williamson and David Marquez's Batman/Superman #1, spinning out of the events of The Batman Who Laughs, ranked #3, Tom King and Tony S. Daniel's Batman #77 ranked #9, and Sean Murphy's Black Label book, Batman: Curse of the White Knight #2, ranked #10.