Diamond Comic Distributors is excited to reveal the artwork for the commemorative artist T-shirts available for Free Comic Book Day 2020. Award winning artist and illustrator, Jeffrey Brown, has created a one-of-kind design emphasizing the timelessness of comic books for this year’s Free Comic Book Day (FCBD) 2020 T-shirt. The T-shirt is available for pre-order at comic book shops starting December 20 and is featured in the January issue of Diamond's PREVIEWS catalog. up with the middle grade series Jedi Academy. Jeffrey has also explored prehistoric cave-kid life with Lucy & Andy Neanderthal and elementary school with his picture book My Teacher Is A Robot. Jeffrey returned to everyday life in the Star Wars universe with Rey and Pals, and the first volume of his new science fiction series Space-Time! launches in June 2020, with a preview available at participating comic shops as a Free Comic Book Day 2020 Silver sponsor title!

“I'm honored to have been asked to draw this year's shirt for Free Comic Book Day. Comic shops have been a constant in my life going back to when I was a kid getting off the bus two stops early so I could shop at my local store before walking home. There wasn't a free comic book day back then, but they did occasionally give me free comics - whenever I was listlessly searching the shelves for something new, they would inevitably put a comic in my hands and say 'try this', sending me on my way with the latest issue of a series (that would inevitably be added to my pull list when I came back the following week),” said Brown. “It's great that now we have Free Comic Book Day to not just get new readers to try comics or old readers to read something they haven't, but also to celebrate these comic shops that are such a big part of our lives as readers.”

Brown’s artwork for the FCBD 2020 Commemorative T-Shirt captures the timelessness of comic books while highlighting the enduring ability of comic book shops to bring together pop culture fans and forge a sense of community. 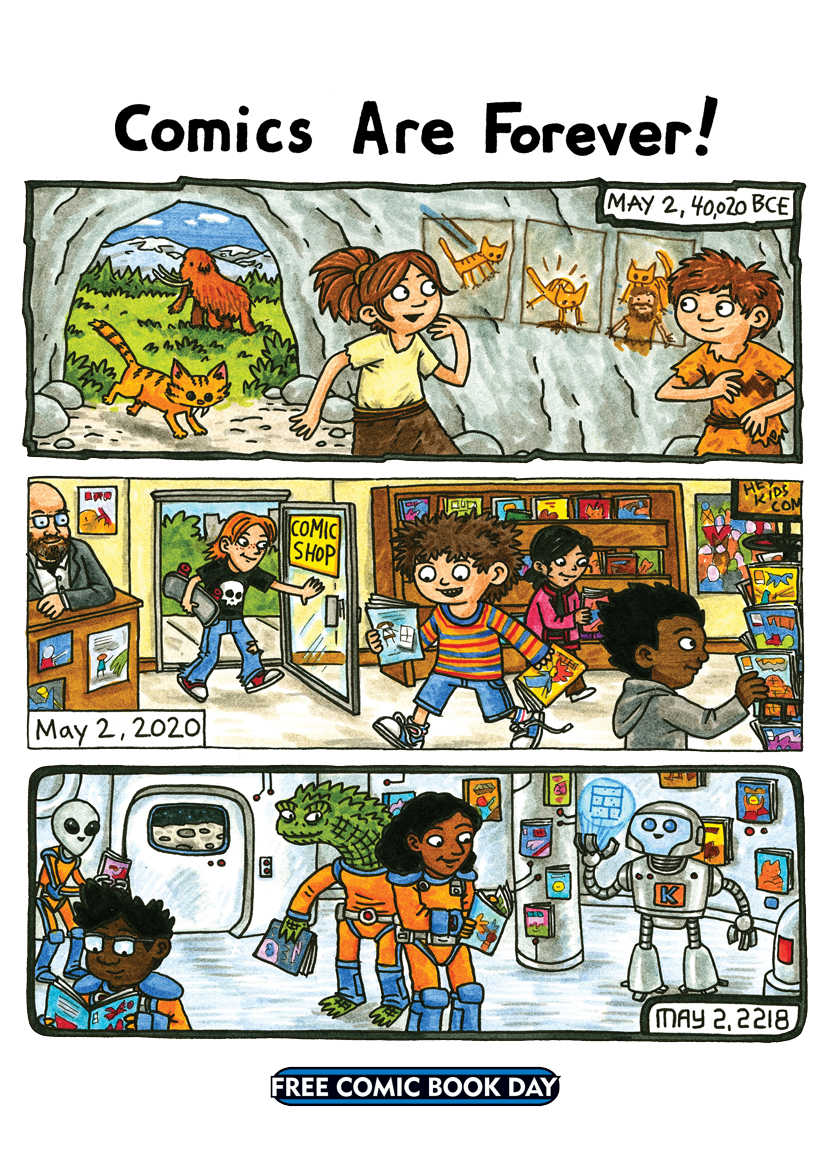