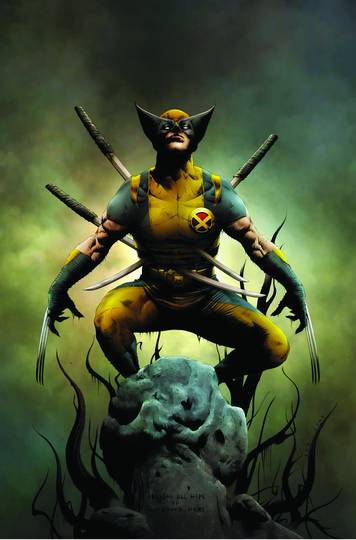 In total, Marvel Comics had five of the top ten best-selling comics for the month. In addition to Wolverine #1 atop the chart, Avengers #5 from Brian Michael Bendis and John Romita, Jr. ranked #6; Bendis and Stuart Immonen's New Avengers #4 ranked #7; Ed Brubaker and Michael Deodato's Secret Avengers #5 ranked #9; and Amazing Spider-Man #641, the final chapter of Joe Quesada and Paolo Manuel Rivera's "One Moment In Time" story arc, rounded out the top ten at #10.

Among other Premier publishers, Dark Horse Comics' top book in September was Buffy the Vampire Slayer #36, the first chapter of Joss Whedon's "The Last Gleaming" story arc which brings the "Buffy Season 8" storyline to a close. IDW Publishing's True Blood #3, based on HBO's wildly popular vampire television series, ranked #81. Finally, Image Comics' top book in September was The Walking Dead #77; the latest chapter in Robert Kirkman's zombie epic (and soon to be a television series on AMC), ranked #69 in sales for the month.