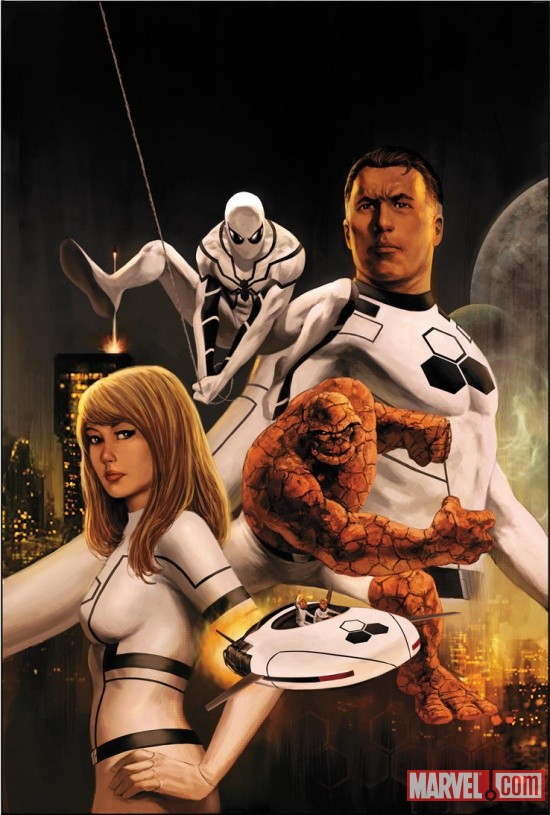 Reeling from the death of one of their own, the Fantastic Four was reborn for a new era with a new member — Spider-Man — as the Future Foundation in Jonathan Hickman and Steve Epting's FF #1, March's best-selling comic book to comics specialty retailers.

In total, Marvel had three of the month's top ten best-selling comics. In addition to FF #1 atop the chart, Avengers #11 from Brian Michael Bendis and John Romita, Jr. ranked #8 for the month, and Ed Brubaker and Scot Eaton's Fear Itself: Book of the Skull, the prelude to this year's Fear Itself event, ranked #10.

Among other premier publishers, the Dollhouse: Epitaphs one-shot, based on Joss Whedon's television series, was Dark Horse Comics' top book for March, ranking #105 for the month. IDW Publishing's Godzilla: Kingdom of Monsters #1, starring the classic Toho monsters, was their top book at #16. Finally, Image Comics' The Walking Dead #83 was the publisher's top book, ranked #42.