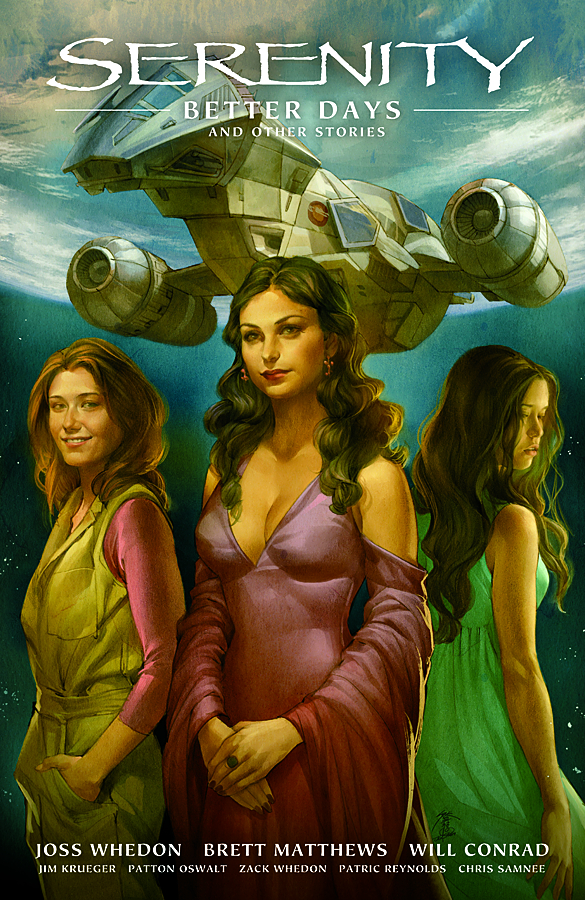 Dark Horse Comics returned to Joss Whedon's fan-favorite Serenity universe in August with Serenity: Better Days and Other Stories, a collection of mini-series and specials in an omnibus hardcover, giving the Oregon-based publisher the month's best-selling graphic novel to comics retailers.

Overall, Dark Horse has a strong month for graphic novels in August, with three of the month's top ten books. Also in the top ten were Star Wars Adventures: Chewbacca and the Slavers of the Shadowland, a graphic novel for young readers, at #2, and B.P.R.D.: Hell on Earth Volume 1: The New World at #4.

DC Comics also had three graphic novels in the top ten. Their top book for the months was the WE3 Deluxe Edition, a hardcover collection of Grant Morrison and Frank Quitely's acclaimed story about three animals turned into weapons for the military, which ranked #3 for the month. Also in the top ten were Paul Dini's Batman: Mad Love and Other Stories at #5 and Batman: Under the Red Hood, the collected edition of the storyline that inspired the recent direct-to-DVD animated movie, at #9.

Marvel Comics had two books in the top ten — FF by Jonathan Hickman Volume 1, collecting the first six issues of the new series about the Future Foundation, at #6, and Invincible Iron Man Volume 6: Stark Resilient, Book 2 at #10.

Image Comics rounded out the top ten with two volumes of Robert Kirkman's The Walking Dead. Volume 14, No Way Out, ranked #7 for August, and volume 1, Days Gone Bye, ranked #8.

Finishing off the premier publishers, IDW Publishing's top-selling book for August was Infestation Volume 1, collecting the first half of the publisher's zombie crossover event that encompassed Transformers and G.I. Joe; the book ranked #50 for the month.