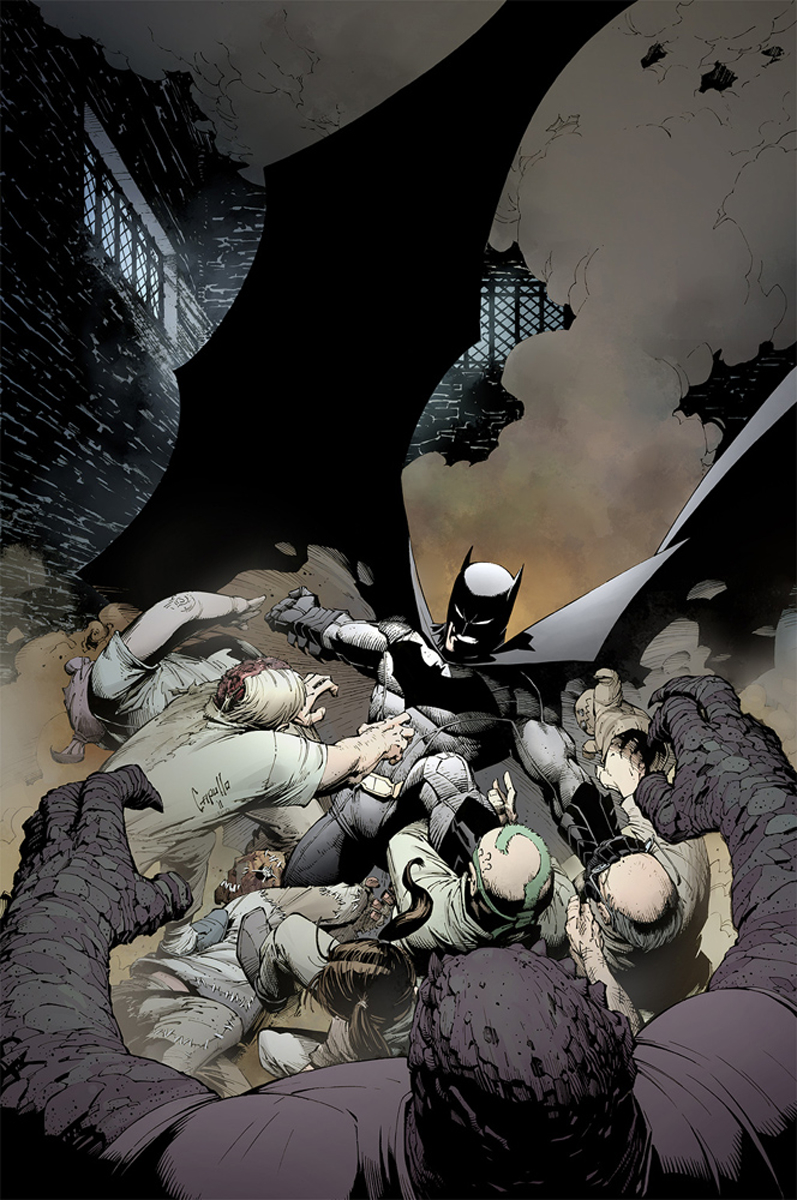 Bruce Wayne resumed his role as Gotham City's sole Dark Knight as acclaimed writer Scott Snyder and fan-favorite artist Greg Capullo teamed for Batman #1, relaunching the character as part of "the New 52" and giving DC Comics the best-selling comic book for the month of September.

DC Comics was the number one comics publisher in September, with eight of the top ten best-selling comics for the month and all fifty-two titles of "the new 52" in the top 100. Also in the top ten for DC Comics were Grant Morrison and Rags Morales' Action Comics #1 at #2; Geoff Johns, Christian Alamy, and Dough Mahnke's Green Lantern #1 at #3; Francis Manapul and Brian Buccellato's The Flash #1 at #4; George Perez and Jesus Merino's Superman #1 at #5; Tony Daniel's Detective Comics #1 at #6; David Finch and Paul Jenkins' Batman: The Dark Knight #1 at #7; and Peter Tomasi and Patrick Gleason's Batman and Robin #1 at #10.

Marvel Comics had two titles in the top ten, led by Matt Fraction and Stuart Immonen's Fear Itself #6, the penultimate chapter of the crossover event, at #6. Also in the top ten was Brian Michael Bendis and Sara Pichelli's Ultimate Comics Spider-Man #1 at #9, which garnered mainstream media coverage for its introduction of the new Spider-Man of the Ultimate Universe, Miles Morales.

Dark Horse Comics' top book for September was Buffy the Vampire Slayer Season 9 #1, the first chapter of the "Freefall" storyline which continues the comic book adventures of Joss Whedon's fan-favorite television characters, which ranked at #52 on the charts. Robert Kirkman and Rob Liefeld's new superhero saga continued in The Infinite #10, which was Image Comics' top-selling book for September, ranked at #143. Finally, rounding out the Premier Publishers, IDW Publishing's Teenage Mutant Ninja Turtles #2 was the publisher's top book for September at #113.