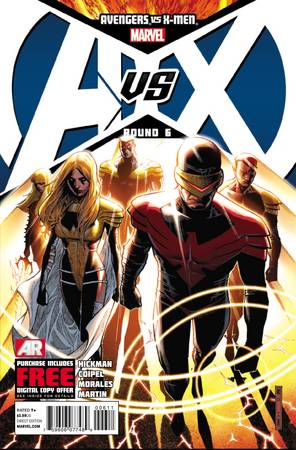 Possessing the power of the Phoenix Force, Cyclops and his allies began to remake the world in their image in Jonathan Hickman and Olivier Coipel's Avengers Vs. X-Men #6, the latest chapter of Marvel Comics' 2012 event and the best-selling comic book to comics retailers in June.

Robert Kirkman and Charlie Adlard's best-selling series from Image Comics, The walking Dead, continued its march to its hundredth issue with June's The Walking Dead #99. The zombie comic ranked #30 for June.

Rounding out the premier publishers, the adventures of Joss Whedon's Slayer, Buffy Summers, continued in June's Buffy the Vampire Slayer Season 9 #10 which ranked #89.