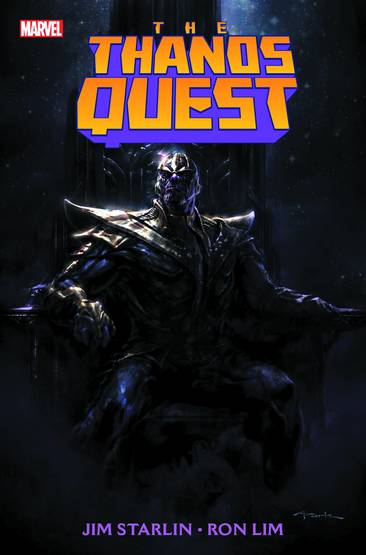 Thanos' mad quest to assemble the Infinity Gauntlet and rule reality — a saga that continued in The Infinity Gauntlet, Infinity War, and The Infinity Crusade — began in Jim Starlin's The Thanos Quest, and in September Marvel Comics reprinted the mini-series, giving the publisher the best-selling Graphic Novel for the month.

Dark Horse Comics had one title in the top ten — Avatar: The Last Airbender Volume 3: The Promise Part 3 at #4.

Rounding out the top ten, Legendary Comic's The Tower Chronicles Volume 1: Geisthawk, a new supernatural series from Matt Wagner (Grendel) and Simon Bisley (Lobo), ranked #6. In addition, this book was the best-selling Non-Premier Graphic Novel for the month.

Also from the Premier Publishers, IDW Publishing's top book in September was Star Trek: The Next Generation/Doctor Who: Assimilation2 Volume 1, the collected edition of the first four issues of the science-fiction franchise crossover, at #15.