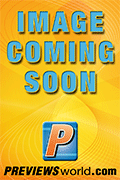 In total, Marvel Comics had nine of the month's top ten graphic novels. Also in the top ten were Star Wars Volume 2: Showdown on the Smuggler's Moon at #2, the Color Your Own Deadpool adult coloring book at #3, Death of Wolverine #4, Star Wars: Lando at #5, Deadpool's Secret Secret Wars at #6, Thor Volume 1: Goddess of Thunder at #8, Star Wars: Darth Vader Volume 1: Vader at #9, and Mark Millar and Steve McNiven's Civil War at #10.

Among the premier publishers, Greg Rucka and Michael Lark's Lazarus Volume 4: Poison was Image Comics' top-selling graphic novel in January at #11. DC Entertainment's best-selling graphic novel for January was The Flash Volume 6: Out of Time at #20. Dark Horse Comics' The Savage Sword of Conan Volume 21 was their top book for January at #56. IDW Publishing's Teenage Mutant Ninja Turtles Volume 13: Vengeance Part 2 was their top book in Januayr at #63.