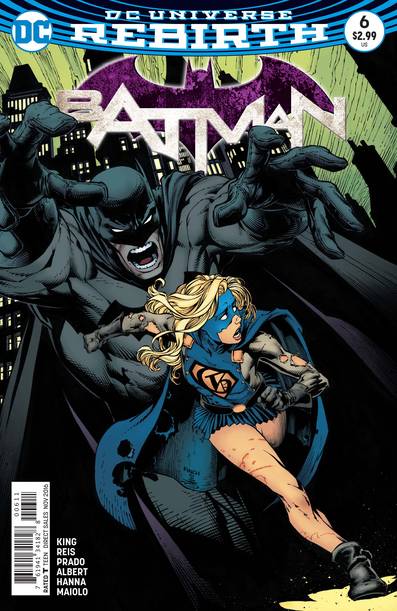 Batman hunts through Gotham City to locate Gotham Girl to help her after her encounter with the Psycho-Pirate in Tom King, Ivan Reis, and Joe Prado's Batman #6 from DC Entertainment, the best-selling comic book of September.

Image Comics' The Walking Dead #158 from Robert Kirkman and Charlie Adlard was the publisher's top book at #6.