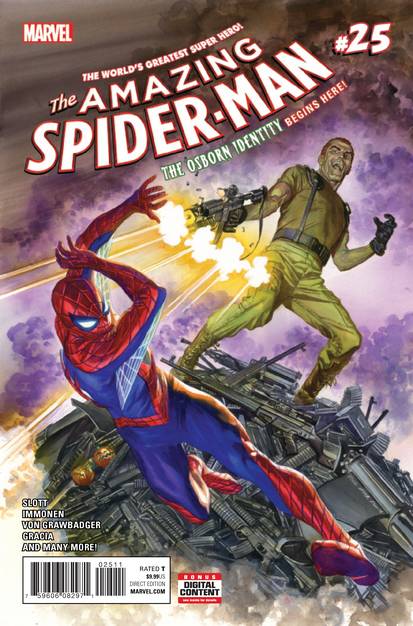 DC Entertainment lead the category with five titles in the top ten with Frank Miller, Brian Azzarello, Andy Kubert, and Klaus Janson's Dark Knight III: The Master Race #8 at #2, followed by Tom King and David Finch's Batman #18 at #3, King and Finch's Batman #19 at #4, and Scott Snyder and Giuseppe Camuncoli's All-Star Batman #8 at #8.

Valiant Entertainment rounded out the ten ten with X-O Manowar #1 at #10.