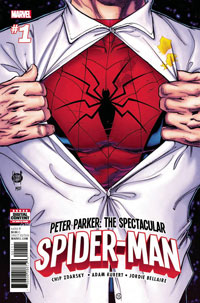 Robert Kirkman and Charlie Adlard's The Walking Dead #168 from Image Comics rounded out the top ten at #10.

Also from the premier publishers, Neil Gaiman's American Gods: Shadows #4 was Dark Horse Comics' top book for the month at #98, and IDW Publishing's Teenage Mutant Ninja Turtles #80 was their top book for June at #173.