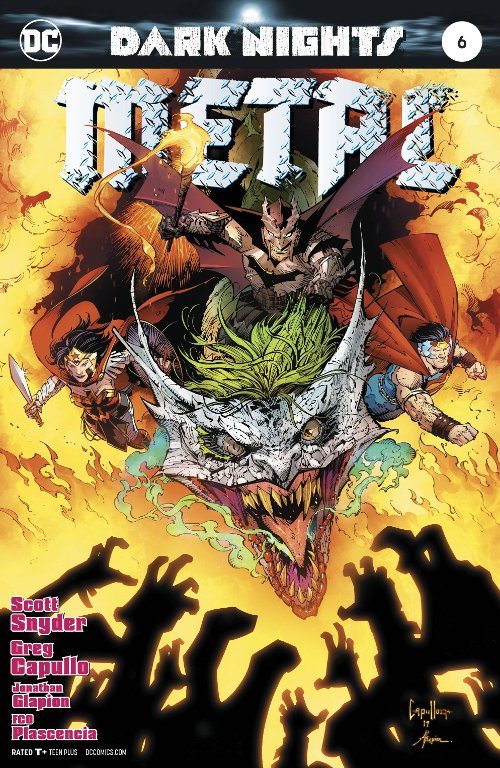 The Dark Knights of the Dark Multiverse scour the cosmos, seeking the unlikely heroes who threaten their power in DC Entertainment's Dark Knights Rising: The Wild Hunt #1, a Dark Nights: Metal tie-in from a Scott Snyder, Grant Morrison, and an all-star line-up of creators that was February 2018's best-selling comic book.

Robert Kirkman's The Walking Dead #176 from Image Comics ranked #5 for the month.

Also among the premier publishers, Dynamite Entertainment's Dejah Thoris #1 ranked #118 for the month; BOOM! Studios' Jim Henson's Labyrinth: Coronation #1, based on the cult favorite film, was the publisher's top book at #119; IDW Publishing's Teenage Mutant Ninja Turtles #162 was their selling-book for February at #162; and Dark Horse Comics' Hellboy and the B.P.R.D. 1955: The Burning Season One-Shot ranked #164.