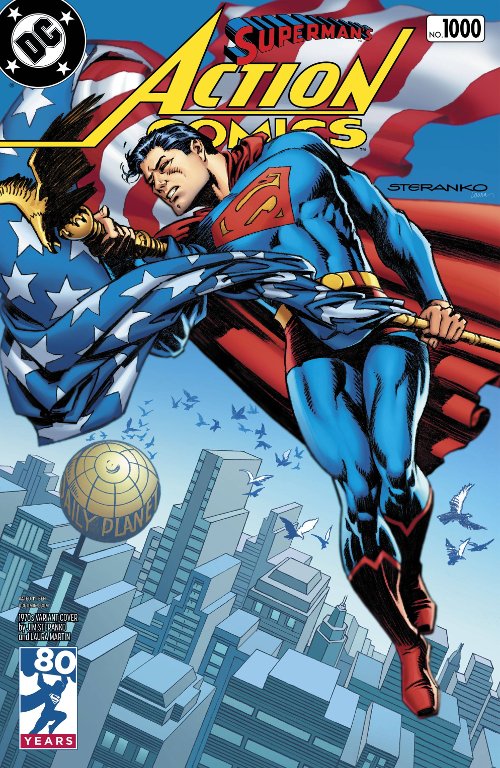 An all-star slate of creators, including Brian Michael Bendis and his first work on the Man of Steel, celebrated Superman's 80th birthday in DC Entertainment's milestone Action Comics #1000,

Marvel Comics had six titles, led by Dan Slott and Stuart Immonen's Amazing Spider-Man #798 at #2, followed by Amazing Spider-Man #799 at #3, Charles Soule and David Marquez's Hunt for Wolverine #1 at #4, Cullen Bunn and Iban Coello's Venomized #1 at #6, Gail Simone and David Baldeon's Domino #1 at #8, and Mark Waid and Chris Samnee's Captain America #700 at #9.

Among the premier publishers, Dark Horse Comics' Xerxes #1, the debut of Frank Miller's long-awaited sequel to 300, was their top book at #95; IDW Publishing's Sonic the Hedgehog #1 ranked #111; Dynamite Entertainment's John Wick #2 was their top book at #140; and BOOM! Studios' Mighty Morphin Power Rangers #26 ranked #142 for April.