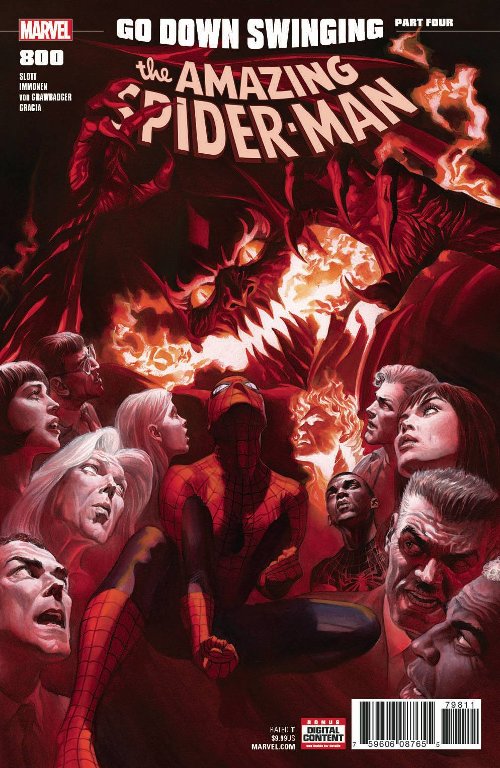 Peter Parker and his allies battle Norman Osborn and the Carnage symbiote in Dan Slott, Stuart Immonen, and an all-star roster of artists' Amazing Spider-Man #800, an oversized landmark issue from Marvel Comics and the best-selling comic book of May.

Among the premier publishers, BOOM! Studios' Mighty Morphin Power Rangers #27 was their top book at #133, Frank Miller's Xerxes: The Fall of the House of Darius and the Rise of Alexander #2 was Dark Horse's top book at #129, Dynamite Entertainment's Red Sonja/Tarzan #1 ranked #142, and IDW Publishing's TMNT: Urban Legends #1 ranked #159.