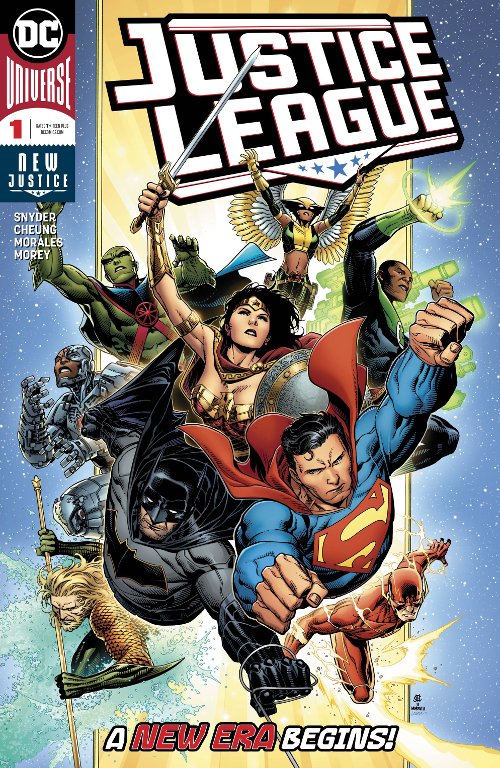 A new era for the Justice League dawns as the Legion of Doom reforms in Scott Snyder and Jim Cheung's Justice League #1 from DC Entertainment, the best-selling comic book of June.

Marvel Comics had five titles in the top ten, led by Dan Slott and Valerio Schiti's Tony Stark: Iron Man #1 at #3; followed by Slott's final issue of his Spider-Man run, Amazing Spider-Man #801 at #4; Skottie Young and Nic Klein's Deadpool #1 at #7, Jason Aaron and Michael del Mundo's Thor #1 at #8, and Marc Guggenheim and David Marquez's X-Men Gold #30, featuring the wedding of Rogue and Gambit, at #9.