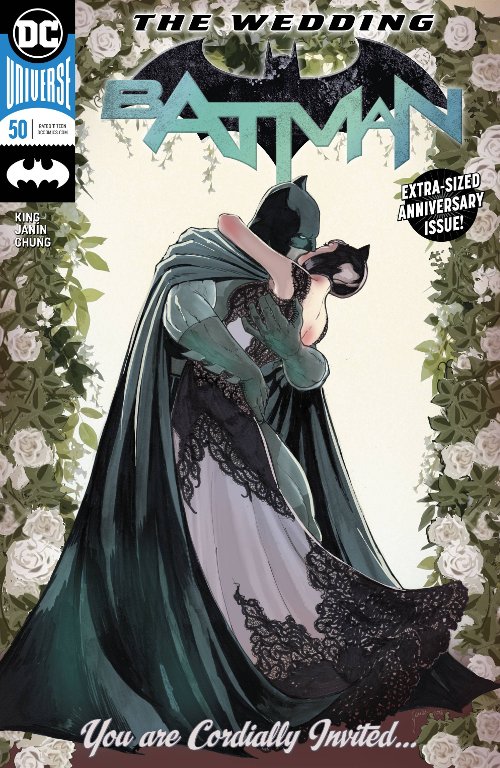 Batman and Catwoman face their wedding day and make decisions about their future in Tom King and Mikel Janin’s Batman #50 from DC Entertainment, the best-selling comic book of July.