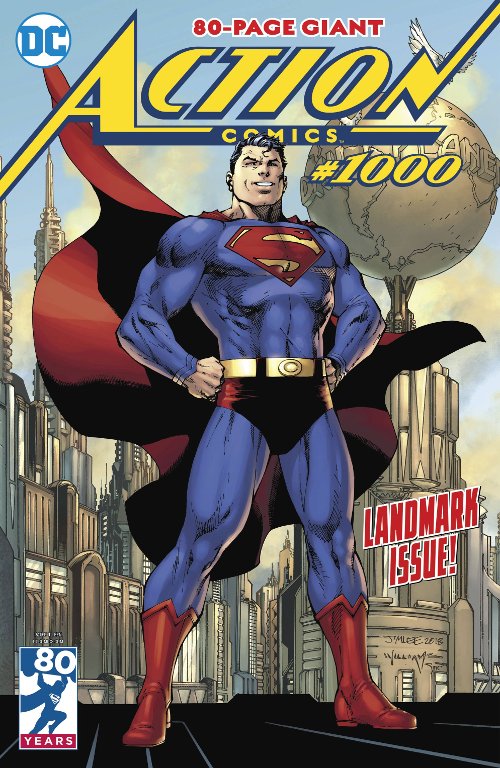 DC Entertainment celebrated Superman's 80th-anniversary with the all-star, milestone issue Action Comics #1000, featuring a special story by Brian Michael Bendis and Jim Lee, and the issue was the best-selling comic book of 2018.

DC Entertainment had three titles among the top ten, including Batman #50 from Tom King, Mikel Janin, and a legendary roster of Batman artists at #3 and Scott Snyder and Jock's The Batman Who Laughs #1, a spin-off from the best-selling Dark Nights: Metal, at #9.

Among the premier publishers, Mark Millar and Olivier Coipel's The Magic Order #1 was Image Comics' top book for the year at #18; Dark Horse Comics' Stranger Things #1 from Jody Houser and Stefano Martino, based on the hit Netflix television series, ranked #183; Greg Pak and Dan McDaid's Firefly #1, based on Joss Whedon's sci-fi western, was BOOM! Studios' top book at #257; Marvel Action: Spider-Man #1, an all-ages Spider-Man book from Delilah S. Dawson and Fico Ossio, was IDW Publishing's top book at #459; and David Avallone and Dave Acosta's Elvria: Mistress of the Dark #1, inspired by the horror film hostess, was Dynamite Entertainment's best-selling comic for the year at #997.