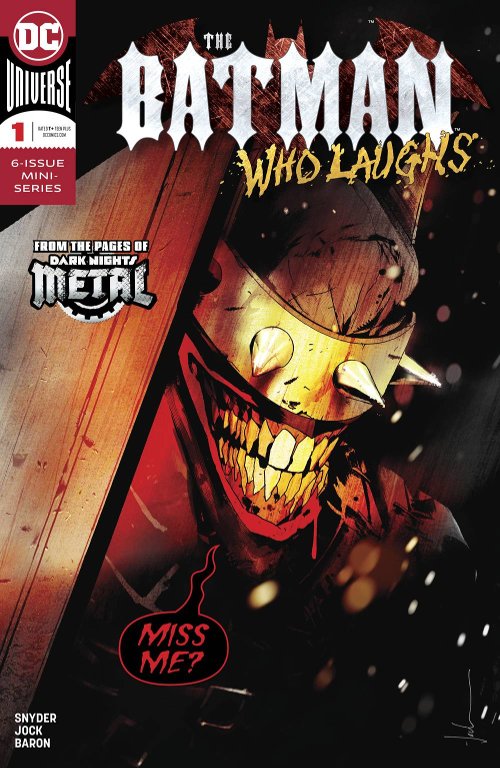 Spinning out of the events of Dark Nights: Metal, a twisted version of Batman is on the loose in Gotham City in Scott Snyder and Jock’s The Batman Who Laughs #1 from DC Entertainment, the best-selling comic book of December.

In total, DC Entertainment had seven titles in the top ten, including Brian Azzarello and Lee Bermejo's Batman: Damned #2 at #2, Geoff Johns and Gary Frank's Doomsday Clock #8 at #3, Tom King and Mikel Janin's Batman #60 at #4, King and Travis Moore's Batman #61 at #5, Tom Taylor and Otto Schmidt's Batman Annual #3 at #9, and Johns and Dale Eaglesham's SHAZAM! #1 at #10.