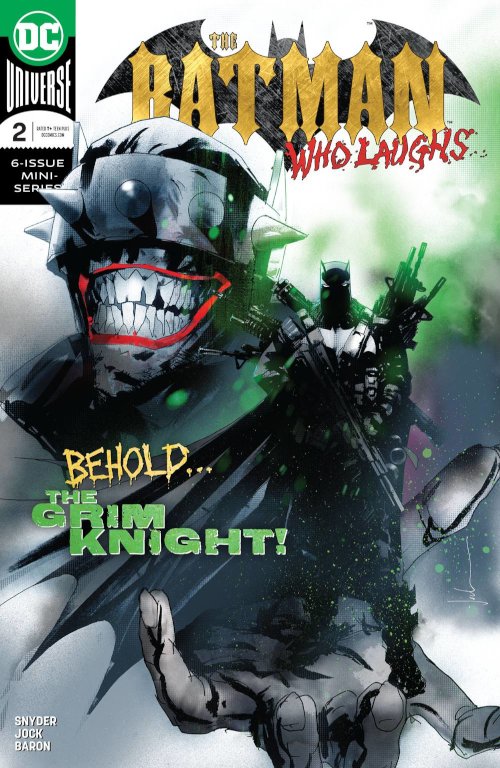 The battle between Batman and his malevolent counterpart from the Dark Multiverse intensifies in Scott Snyder and Jock's The Batman Who Laughs #2, the best-selling comic book of January.

Marvel Comics also had five titles in the top; Kelly Thompson and Carmen Nunez Carnero's Captain Marvel #1 led off at #2, followed by Donny Cates and Geoff Shaw's Guardians of the Galaxy #1 ranked #3, Jason Aaron and Mahmud Asrar's Conan the Barbarian #1 at #4, Nick Spencer and Chris Bachalo's Amazing Spider-Man #14 at #5, and Tom Taylor and Juann Cabal's Friendly Neighborhood Spider-Man #1 at #10.