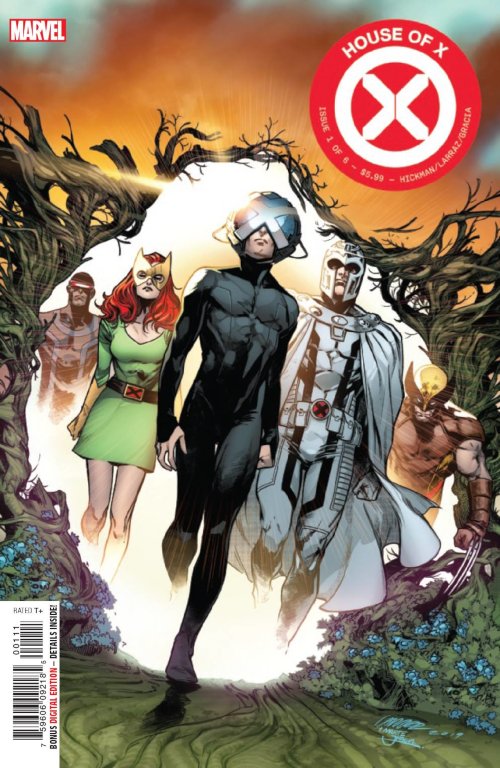 A new era began for the X-Men and the Marvel Universe in Jonathan Hickman and Pepe Larraz's House of X #1 from Marvel Comics, the best-selling comic book of July 2019.

DC had four titles in the top ten: Scott Snyder and Greg Capullo's Batman: The Last Knight on Earth #2 at #5, Sean Murphy's Batman: Curse of the White Knight #1 at #6, Snyder and Jock's The Batman Who Laughs #7 at #7, and Tom King and Mikel Janin's Batman #74 ranked #10.

Among the premier publishers, Dynamite Entertainment's Vampirella #1 from Christopher Preist and Ergun Gunduz was their top book in July at #11; Dark Horse Comics' Black Hammer/Justice League #1, a crossover with DC by Jeff Lemire and Michael Walsh, ranked #64; IDW Publishing's Teenage Mutant Ninja Turtles #96 was their top book at #99; and BOOM! Studios' Buffy the Vampire Slayer #6 ranked #108.