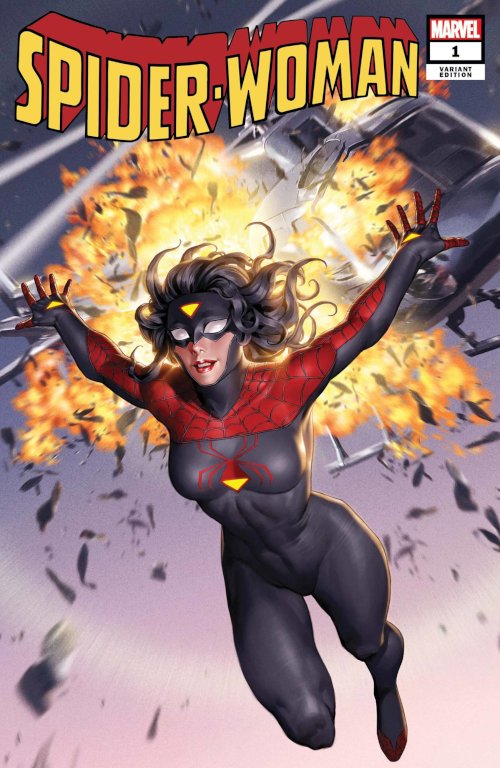 With a new mission and a new costume, Jessica Drew returns in Karla Pacheco and Pete Perez's Spider-Woman #1 from Marvel Comics, the best-selling comic book of March.