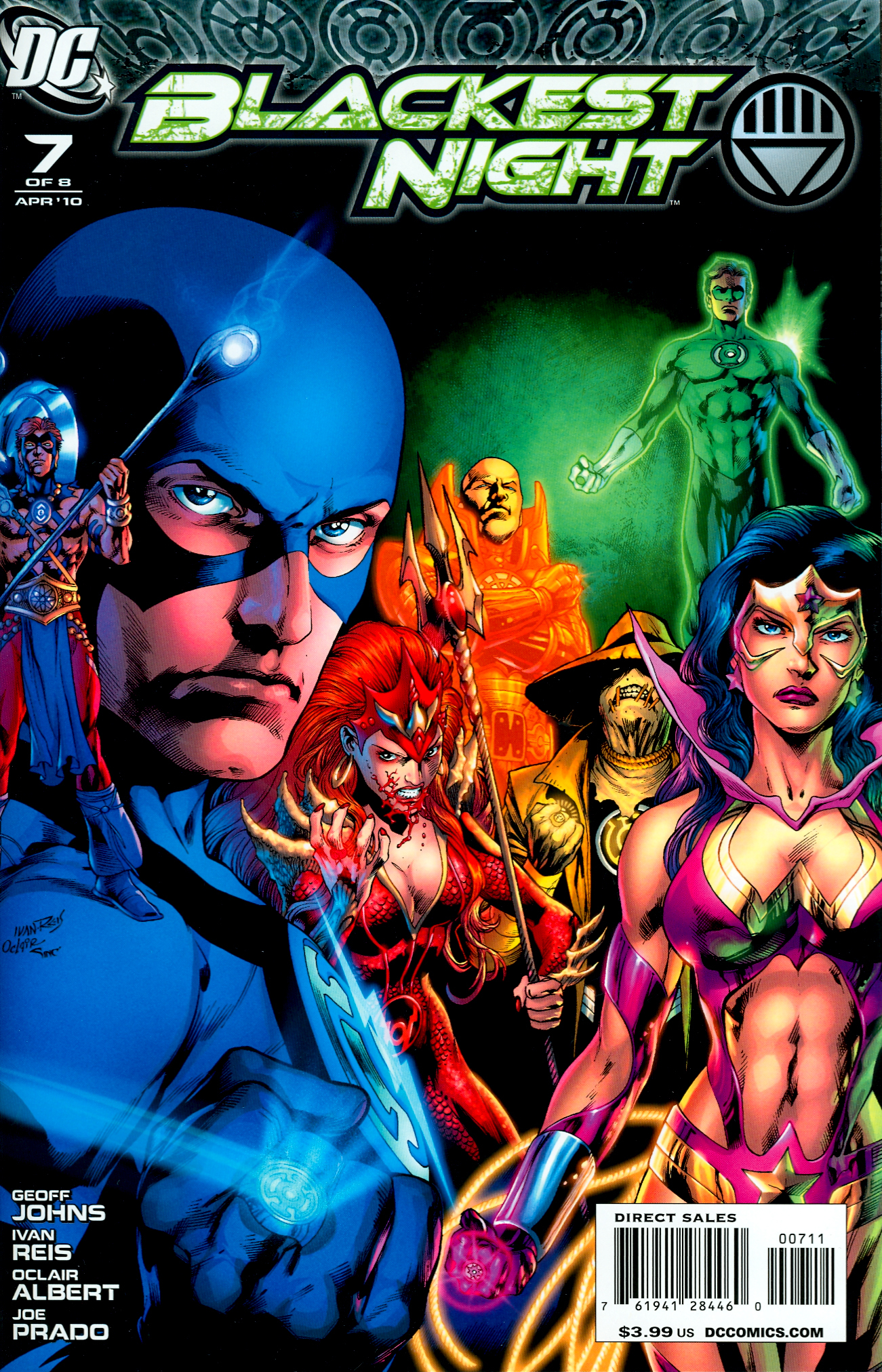 The uniting of heroes and villains into a rainbow of Lanterns and deputies to defeat Nekron sent Blackest Night #7, the latest chapter of the cosmic crossover by writer Geoff Johns and artist Ivan Reis, to the top of the sales charts, joining the previous six issues of the series atop the charts, giving DC Comics the best-selling comic book in February 2010.

In total, DC Comics had six of the ten best-selling comics for the month. Green Lantern #51, a part of the Blackest Night crossover, ranked #3. Grant Morrison's "Darkest Knight" storyline in Batman and Robin, which sent Batman and Batwoman to London, had two issues in the top 10; issue #8 ranked #4 and issue #9 ranked #5. Green Lantern Corps #6, also part of the Blackest Night event, ranked #8 for the month, and The Flash: Rebirth #6 rounded out DC's offerings in the top ten at #9.

Marvel Comics placed four books in the top ten best-selling comics of February, led off by Siege #2 at #2, the second chapter in the Brian Michael Bendis/Olivier Coipel crossover story that brings Marvel's heroes together to defeat Norman Osborn's plans to conquer Asgard. Two tie-ins to Siege placed in the top 10 — Dark Avengers #14 at #6 and New Avengers #62 at #7. Rounding out the top ten was Uncanny X-Men #521, which ranked #10 for the month.