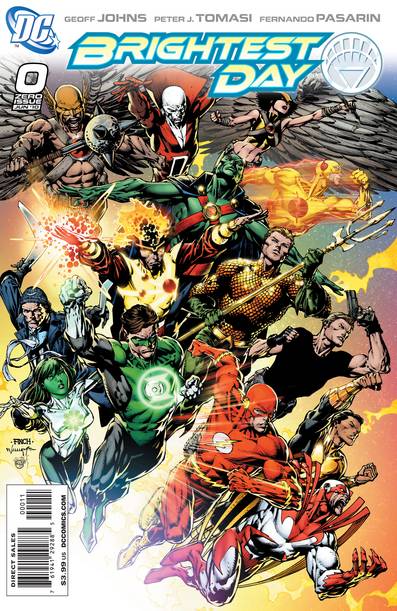 DC Comics continued their run atop the comics sales charts with the release of Brightest Day #0 in April, the sales chart-topping prelude issue to the 26-part biweekly series that ushers in a new era of heroism and reestablishes fan-favorite characters in the wake of the Blackest Night.

Including the aforementioned Brightest Day #0, DC Comics had five books that placed in the top 10 — The Flash #1 from Geoff Johns and Francis Manapul at #2; Green Lantern #53, picking up the threads of Blackest Night, at #3; Batman and Robin #11, the second part of Grant Morrison's "Batman Vs. Robin" storyline, at #4; and Green Lantern Corps #47, also following on from Blackest Night, at #8.