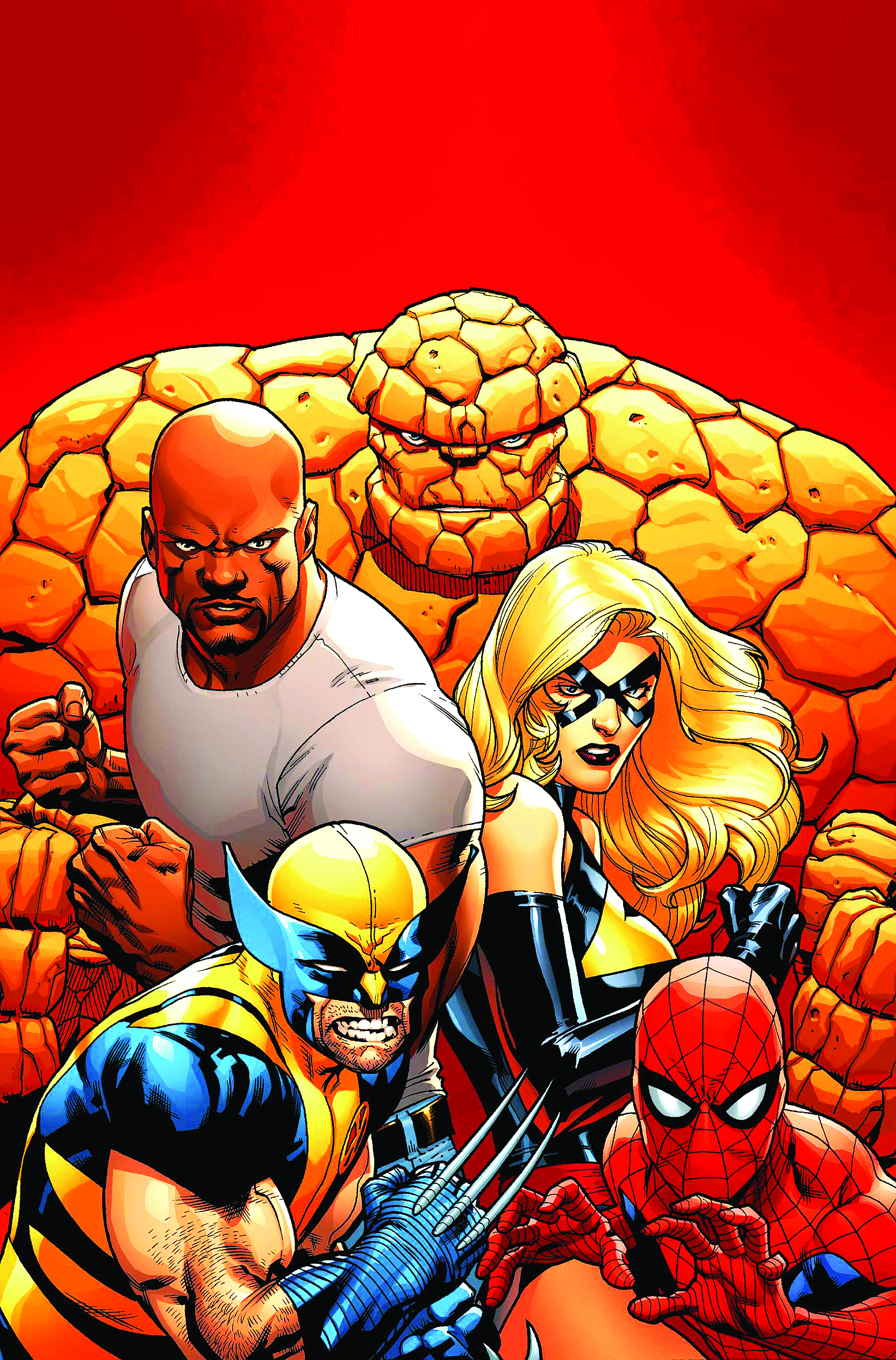 Luke Cage, Spider-Man, Wolverine, Ms. Marvel, and The Thing come together to form an all-new team of New Avengers as Brian Michael Bendis and Stuart Immonen relaunched the best-selling title for the Heroic Age, giving Marvel Comics the top spot on the comics sales chart in June with New Avengers #1.