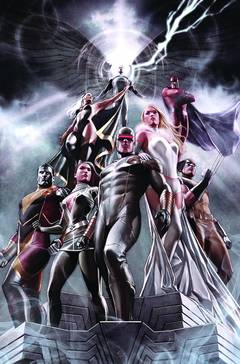 The X-Men faced their gravest threat as the Marvel Universe's vampires arose and attacked San Francisco in by Victor Gischler and Paco Medina's X-Men #1, giving Marvel Comics the top spot on the comics sales chart in July 2010.

Among other Premiere publishers, Dark Horse Comics' top book in July was Jim Shooter's highly-anticipated relaunch of a classic Silver Age character in Doctor Solar, Man of the Atom #1 at #91. IDW Publishing's True Blood #1, based on HBO's wildly popular vampire television series, ranked #65 for the month of July. Finally, Image Comics' top book in July was Robert Kirkman's popular zombie comic (and soon to be an AMC television series) The Walking Dead #75 at #68.