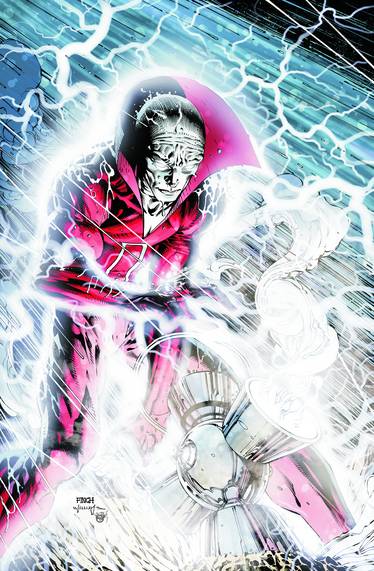 The resurrected heroes of the DC Universe continue to find their place in the post-Blackest Night universe in Geoff Johns and Peter Tomasi's Brightest Day #7, the latest issue of DC Comics' biweekly event, giving the New York-based publisher the top spot on the comics sales chart in August 2010.

Crosstown rivals Marvel Comics took the other six spots in the top ten comics for August. Leading the way at #3 was Avengers #4 from Brian Michael Bendis and John Romita, Jr., continuing Marvel's "Heroic Age" ega. Two more Avengers books placed in the top ten as well — Brian Michael Bendis and Stuart Immonen's New Avengers #3 at #4 and Ed Brubaker and Mike Deodato, Jr.'s Secret Avengers #4 at #5. Amazing Spider-Man #640, the third part of Joe Quesada and Paolo Manuel Rivera's "One Moment In Time," placed at #6 on the charts. X-Men #2, the second part in the "Curse of the Mutants" storyline that pits the X-Men against the Marvel Universe's vampire hordes, ranked #8, and Uncanny X-Men #527 rounded out the top ten at #9.