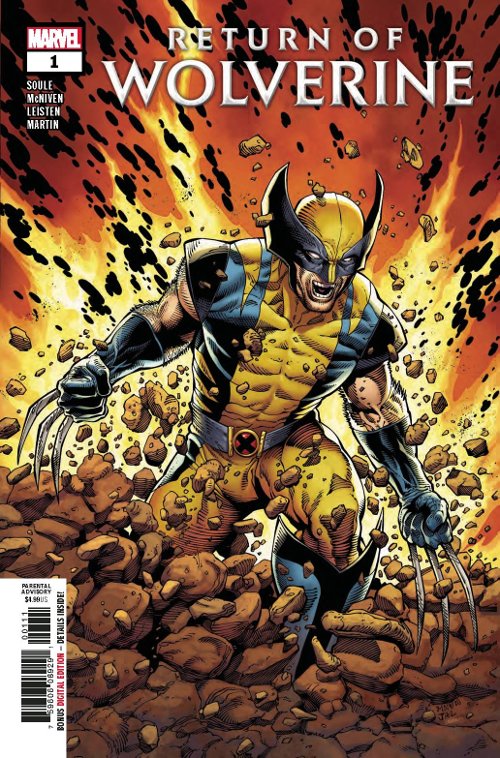 The mystery of Wolverine’s resurrection that has swirled since Marvel Legacy #1 reaches its climax in Charles Soule and Steve McNiven’s Return of Wolverine #1 from Marvel Comics, September's best-selling comic book.