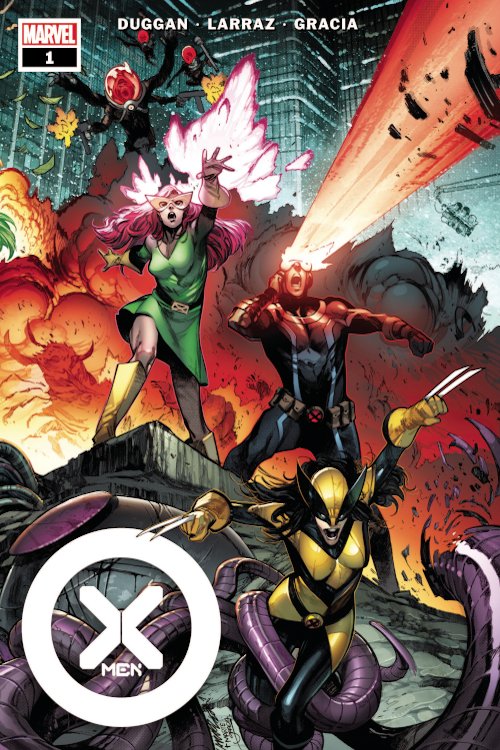 Image Comics had two titles in the top ten. M.O.M.: Mother of Madness #1, an over-the-top superhero comedy from Game of Thrones superstar Emilia Clarke, cowriter Marguerite Bennett, and artist Leila Leiz, was their top book for July at #5. Also in the top ten, Robert Kirkman's Skybound X #1, an anthology comic that celebrates a decade of Kirkman's Skybound imprint, ranked #6.

The 51st volume of Gemstone Publishing's The Overstreet Comic Book Price Guide was July's best-selling book through Diamond; the softcover edition topped the chart, and the hardcover edition ranked #2.

Data for Diamond’s sales charts are compiled by Diamond Comic Distributors from sales made to thousands of comic book specialty shops located in North America and around the world.  Additional sales made to online merchants and other specialty retailers may be included as well.

Ranking is calculated based upon orders for comic books, graphic novels, toys and games invoiced and shipped to Diamond customers during any given month, which comprises pre-orders, advance reorders, and reorders, minus any products that are received back from a title marked as returnable. Please note that products marked with an asterisk (*) have had their reported quantities reduced due to retailer returnability, and thus may rank lower on the charts than their actual sales would reflect.

ABOUT DIAMOND COMIC DISTRIBUTORS (DCD)—Diamond is at the nexus of comics and pop culture merchandise. Based in Baltimore, MD, DCD is the world’s largest distributor of English-language comic books and pop-culture related merchandise, servicing thousands of specialty retailers worldwide. For more information, visit Diamond on the web at www.diamondcomics.com.