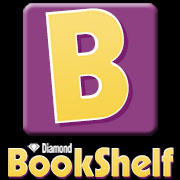 Compelling and Timeless: An Interview With Dean Mullaney Dean Mullaney has been one of the driving forces in the independent comics field. In 1977, he and his brother Jan founded Eclipse Comics in 1977, a company which blazed trails in the early publication of original graphic novels. The company was also one of the first to bring manga to American audiences, partnering with Viz in the late 1980s.

These days, Mullaney can be found working with IDW Publishing, overseeing his impressive "Library of American Comics" archival series. These books reprint comic strips from decades past, often from the original strips - a process which involves locating and many times repairing the materials. The comics they reproduce include classics like Blondie and Terry and the Pirates, to more modern fare, such as Bloom County. While many of the strips in the series are familiar to the average reader, some - such as Tarpé Mills' Miss Fury (one of the first superhero series created by a woman) - have less recognition, if not less importance.

Dean recently took time out of his busy schedule to discuss the appeal of classic strips, his favorite projects, and more.

Could you tell us a little bit about your work with IDW and the Library of American Comics line?

I created the Library of American Comics in 2007 with the goal of preserving the best of the classic newspapers in definitive archival editions and framing them with informative essays that place the series in historical context, both in relation to other strips and to the current events of their time. My love for and interest in classic newspaper strips goes back more than forty years.

What kind of reception have you had for the books?

The reception has been fantastic, both in the book market and among comics fans. We've been called "the gold standard for archival comic strip reprints," while others have noted that "no publisher is more dedicated to archival collections." In our first three years, we've been nominated for ten awards and have walked home with two Eisners.

What has been your favorite project, and what drew you to the artist or the characters?

That's a difficult question to answer because there are several "favorites": Genius, Isolated: The Life and Art of Alex Toth that's just been published is very close to my heart because I knew Alex and worked with him; it's been a great pleasure to produce this book in conjunction with Alex's family. Two other favorites are Scorchy Smith and the Art of Noel Sickles and Polly and Her Pals because both Sickles and Cliff Sterrett were unique, singular talents who created styles like no other. But if I had to pick one strip, my favorite remains Milton Caniff's Terry and the Pirates, which, in my opinion, is simply the best written and drawn adventure strip ever done.

How does IDW/Library of American Comics select titles for this kind of treatment?

In 2007, Bruce Canwell and I created a long "to do" list, and we're working out way through them one by one. Our goal is to not merely present classic and important strips, but to offer a well-rounded library of various styles and genres. The Library's line-up ranges from the whimsical King Aroo to the blunt and violent Dick Tracy to the deliciously illustrative Flash Gordon.

Do you have a sense for the demographics of your readership?

The question of demographics is interesting. No one has any hard facts—we can only go by mail and feedback from readers. It appears that our readers fall into one of three general categories: Long-time newspaper strip fans who have been waiting many years for this "Golden Age" of comic strip reprints; professional comic book creators and up and coming artists who want to study the works of past masters; and comic BOOK fans who are bored with current comics and are just now beginning to explore the great comic STRIP creators.

For a lot of readers, these collections might be their first exposure to these classic strips (for example, Miss Fury). What is it about these strips that you think still holds appeal for readers today?

Although art styles change over the years and may fall in and out of favor, superior storytelling and compelling narratives are timeless. Tarpé Mills, who wrote and illustrated Miss Fury, is a prime example. In 2011, one could call her 1940s art "old school" or you could call it "classic." It depends on your outlook. Her strip—the first costumed female superhero created by a woman—is definitely a strip of its time. It's a bang-up adventure story that's also full of human interest, gorgeous women, and handsome, exotic men.

Some of these strips have been celebrated since their release and others are more "products of their time." Do you feel that the Library of American Comics may help bring about a renaissance for these titles?

From the Library's inception, it's been our goal to bring about a renaissance for classic newspaper comics, and I think it fair to say that we've succeeded. In a recent review of Polly and Her Pals in Booklist, Gordon Flagg wrote, "The early years of newspaper comics produced a handful of widely acknowledged masterworks, such as Little Nemo and Krazy Kat; this impressive collection makes a convincing case that Sterrett's creation should be added to that honor roll." This is precisely why we're spending so much time researching and restoring these strips. Hardcore strip fans have long believed that Cliff Sterrett is, with George Herriman, one of the handful of masters of the form. In reprising Sterrett's masterpiece in a new edition, everyone can now enjoy and appreciate his brilliance.

How important is it that readers be reminded of the social context of the times when the strips were created?

Placing the strips in historical context—both in relation to other strips and to their time—is one of our most important tasks. To paraphrase E. B. White, it's our job as writers and editors to lead the reader through the swamp and offer clarity and insight to the material. For example, strips prior to the Second World War sometimes contain racial and ethnic stereotypes, or politically-incorrect portrayals. Our mission is to preserve these strips as published, yet to provide context and explanation.

A lot of these strips got their starts in newspapers. With the size and number of newspapers in the U.S. shrinking, do you think this will impact the art of storytelling in a "panel strip" format? Do you feel that 'webcomic strips' will fill the void of declining newspaper circulation?

No one knows how long newspaper strips will continue to exist. In fact, we don't know for how many years newspapers themselves will exist in their current format. It's clear that the trend is for information to move online. Webcomics are a great addition to the medium, but I don't see them as a replacement for printed strips. Most webcomics are the equivalents of daily strips; I'd like to see more cartoonists look back to the classic half page Sunday strip—the proportions of half-page Little Orphan Annie and Dick Tracy Sundays are ideal for the size of a computer monitor, or an iPad turned horizontally.

Whenever new technologies have been invented, the new kid on the block borrows or adapts from previous ones. For example, most early television shows were simply radio shows translated to the screen. Current webcartoonists would do well to study the past, but not be enslaved by it. There's no reason to ignore the past, and every reason to learn from it.

What upcoming titles do you have in the works?

Later this year, the ultimate "Flash Gordon" with the "Jungle Jim" topper is probably the most exciting new series. We're also working on an unknown gem: a short-lived newspaper strip by the legendary Chuck Jones. Entitled "Crawford," it only ran for six months in the 1970s. The Academy Award-winning director of some of the greatest Warner Brothers cartoons first created the character for a never-produced TV special. From the Chuck Jones estate's files, we're reproducing almost all of the strips from the original art, as well as the never-before seen storyboards, unused gags, and preliminaries. It's an amazing Chuck Jones art book that no one—even the most diehard animation fans—knew existed!